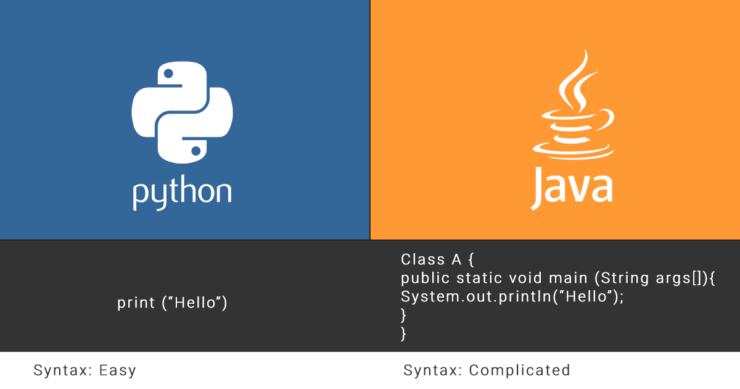 Python or Java: Which is Best?

This small 3-word sentence has become the most important buzz in the world of programming. Everyone who so ever wants to become a developer or is willing to learn Java or Python is looking for the answer that can clarify this 3-word problem. Well, here is a brief guide that covers the gist of the actual difference between these two programming languages and can easily address the concern.

Python follows a very simple and easily comprehendible syntax that even the beginners can understand. On the other hand, Java has a much complicated and structured syntax that needs a prior programming base to decipher and code. For example, if “Hello” has to be printed on the screen, below are the codes:

Java is statically typed whereas Python is dynamically typed. In most programming languages like Java, it is required to specify the type of variable you are using, say integer or string, whereas, in case of Python, declaration of variables is not needed. Let us understand through an example:

How simple it looks to write code in Python

The difference in the way of writing and clarity in code is speaking by itself.

Today, Python is being used almost everywhere, be it for web development, testing, data science, machine learning, academics, calculation, android applications, and a lot more. Though Java can also perform these functions, the entire process conduct is very easy in the case of Python, from coding to automation, rectification, etc.

Both the programming are well-established in their own ways, but Python definitely takes the lead in the market because of its advantages. Python has given a new impetus to the developers and widened the scope of innovation. The situation today is such that all small and big companies are looking for Python programmers big time. Learning Python has truly become a need of the hour. There are many institutes that are offering python course training in Hyderabad with amazing faculty members that urge to impart insightful content to the aspirants. 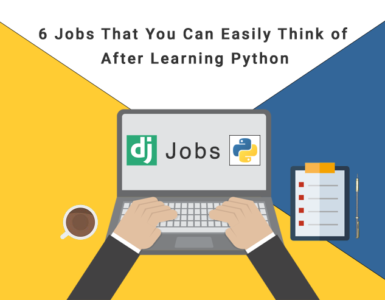 You will be surprised to know that hundreds of most successful tech companies in the world including Netflix, Lyft, Reddit, Google, Spotify and Instagram are using Python as their mainstream language. It is not just restricted to tech companies even...